Ya Nabi Salaam Alaika ﷺ ( Oh Prophet, may peace be upon you) 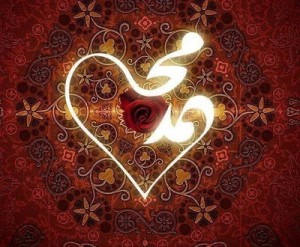 Rabbi ul Awwal happens to be the month that God Almightly had blessed this earth with the birth of His most beloved and final messenger Muhammad ﷺ. According to many scholarly narrations, it is believed that the 12th of Rabbi ul Awwal (third month of the Islamic Lunar calender) may have been the exact date of his actual birthday. There are some differences of opinion on this matter as some believe that it was on a different date; however the important thing to remember is that he was born, he lived, and the world was never the same after he had graced it with his presence. Shall we not remember him and thank God?

There are two types of Muslims, those who choose to remember our Prophet ﷺ  more during this month and recall his stories, sayings and actions through their heartfelt poems, songs and other narrations. The other type is the one who believes that one must follow the way of the Prophet ﷺ and not celebrate his birthday as they see it as a form of innovation (biddah) and something that they think the Prophet ﷺ himself did not do.

Both of these types of Muslims I feel are true and sincere in what they believe from what I understand is there own interpretation of what they should do. Our problem is that we judge too often and don’t try to see people from their personal perspectives. What is wrong with showing immense love for the Prophet on his birthday? If you are trying your best to follow his Sunnah (practices) during the rest of the year and choose to celebrate his life during this special month then how is that a bad thing? The Prophet Muhammad ﷺ himself used to recognize his special day and fast that day, in fact he was born on a Monday and made it his Sunnah (practice) throughout the year. The point is to follow him always and to remember his message and guidance and celebrate his life. It is in the remembrance and celebration that hearts melt and people love and learn the true message.  Many have come to Islam through these special gatherings. Not every innovation is bad, in fact this very internet is an innovation yet many of us increase our knowledge of Islam though these means. So are we sinning?

I also believe that we should understand those who choose not to go to gatherings where his ﷺ poems are recited or his songs are sung out of pure love as he was So Beloved by God Himself. This group truly believes that they are following the sunnah (the way) and trying their best to follow him sincerely. It doesn’t really matter what group we belong to,  both are sincere to our Prophet ﷺ and still love him dearly and instead of arguing and pointing fingers I just want to say, lets be more like the Prophet ﷺ and just love each other for God’s sake!

On this special month and on this day I would like to say:

May Immense Peace and Blessings always be bestowed upon him. Ameen

1 Response to Ya Nabi Salaam Alaika ﷺ ( Oh Prophet, may peace be upon you)